#JailWithoutBail is not the only answer 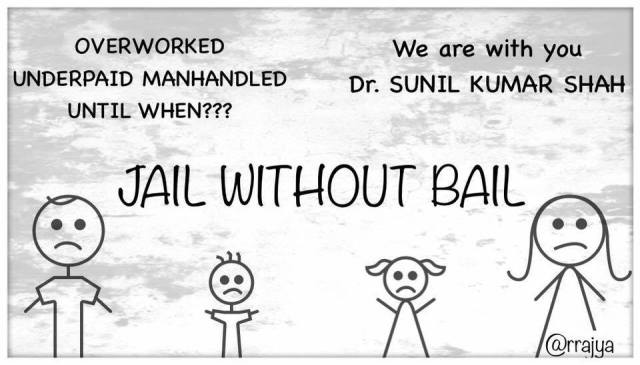 There have been highly publicized episodes of threats and attacks against doctors in Nepal. In September the Cabinet proposed a rule change to put the burden of payment to surviving family firmly on the back of whichever doctor was involved when a patient died. This led the Nepal Medical Association to protest, and hospitals in Nepal were closed for a week this past September.  The cabinet decided to delay implementing any new rule, and (among other things) a committee was formed to study the issue. 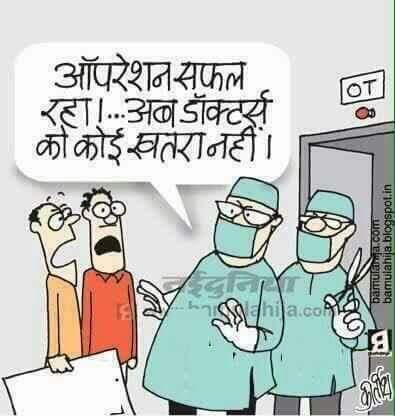 One idea that zoomed to the top was “JailWithoutBail.” It’s simple. Anybody who threatens or harms a doctor is arrested and brought to jail. Evidently this was passed in Queensland Australia several years ago. There are reports that it has not really changed anything in Queensland, and we will get to those. Even if it is an ineffective idea, time has come for serious consideration. We need to do something. We need a slogan and an easily understood plan.

In a previous blog I called for starting a database, a collection of accounts of all thrashing incidents so we could study them like epidemiology.  In yet a different blog I collected newspaper accounts of thrashings so they could be read all at once. It is clear that most incidents of threats or violence do not make the news and they are not reported. At one specific hospital in Terai I was told they deal with four incidents per day in which families are unhappy, and that it is “part of the culture there” for families to be demonstrative.

We would need a bigger jail. Much bigger. That specific place deals with the problem by having better security – you can’t enter the building without going through security and you need a stick-on badge ( like they do in USA).

It is sad that there would be such a level of adversarialism, but – that is subject for another day. Denial is part of the problem – I was once told by a videshi trekking guide that there was no such problem of violence in Nepal since the Nepalese are gentle Buddhists. I would ask my readers whether they agree?

Types of confrontations and grievances

When I teach in Nepal I focus on critical care skills. Ten years ago when I first started coming here it was immediately obvious that nurses and doctors did not want to get involved and did not have the right skills when they did, so my teaching was designed to eliminate the barriers to participation. I started collecting stories about angry family members, and I have a long list of incidents which is not “scientific.”

I was once told about a small hospital in the western hills where an angry mob threatened the staff after a death in childbirth, and the doctors and nurses barricaded themselves inside for five days waiting for the police to come. Finally the Army arrived and dispersed the crowd after convincing them that the local court system would take care of it. This served as part of the basis for my second book, The Sacrament of the Goddess.

The Role of the Police

I am not familiar with all the ins and outs of justice in Nepal, so I will happily accept correction. But from what I have observed, the local police captain has a large input into settling cases informally. He serves as a mediator, often conducting negotiations on the spot. In many cases, the local police captain is appointed from Kathmandu, not from the area they supervise.

Many of the incidents in which an assault takes place are over before the police are called, or before they arrive. Many hospitals do employ ghar dai, or security guards, but they are gatekeepers, not armed and do not physically intervene as a rule.

In some hospitals I am told, the police were reluctant to come and get involved in such incidents. Clearly the local captains need to be alert to a set of procedures and standing practices so they know what to do when they are mobilized. Regardless of the wording of the #jailwithoutbail law when it is promulgated, the police and APF ought to be able to work out informal ways to make sure every police agency will be sensitive to the problem.

Many of these episodes occur at night when hospitals tend to left with junior doctors while the senior doctors are sleeping at home. I have been told of two incidents where the doctor was kidnapped by a mob and brought some where else. In one of the cases, the family brought the doctor to the police; in the other, the doctor was brought to a dry paddy where he was stripped naked and given a shoe necklace. Fortunately the police arrived in force to prevent him from being burned alive, which was reportedly the nexty step.

One size does not fit all

There are some questions. Is the present system of MBBS training giving the new doctors the skills they need to deal with emergencies? Do they have enough backup from senior doctors? Are they trained to identify situations that are getting out of control?

Do the hospitals have security systems in place? what are they? How often do any of these events actually happen? Should every hospital have an actual police person on duty?

If #JailWithoutBail is adopted, when are the police called? who tells them which person to arrest? who goes to jail and when? do we wait for actual violence to occur? or just the threat? Should it be every family member present who goes to jail, or just the senior male? Should we routinely prohibit local leaders of political parties from getting involved since they tend to be the ones who gather the mob? should they be allowed to get a percentage of the settlement?

Under what circumstances does a family payout get negotiated, and who decides whether the doctor is responsible or not? For example, in some of the cases of deaths during childbirth, the woman may not have done any pre-natal visits to a doctor. Whose responsibility is that?  Should there be a limit on such awards? When a death involves surgery of some kind, is it the doctor’s fault or should the actions of the entire surgical team be investigated? Not all hospitals employ the same standards of care regarding sterility of equipment, training of support staff, or availability of surgeons post-operatively.

Because of the variety of situations that may arise, any #JailWithoutBail law needs to be examined within a larger set of circumstances under which it may be applied.

I am collecting stories of thrashing incidents, please feel free to send me a story if you have one. email it to joeniemczura@gmail.com

These blogs, and my books, and videos are written on the principle that any person embarking on something similar to what I do will gain more preparation than I first had, by reading them. I have fifteen years of USA nursing faculty background. Add to it fifteen more devoted to adult critical care. In Nepal, I started teaching critical care skills in 2011. I figure out what they need to know in a Nepali practice setting. Then I teach it in a culturally appropriate way so that the boots-on-the-ground people will use it. One theme of my work has been collective culture and how it manifests itself in anger. Because this was a problem I incorporated elements of "situational awareness" training from the beginning, in 2011.
View all posts by Joe Niemczura, RN, MS →
This entry was posted in medical volunteer in Nepal and tagged #jailwithoutbail, thrashing in Nepal, violence against healthcare workers, violence against nurses in nepal, volunteer nursing in Nepal. Bookmark the permalink.